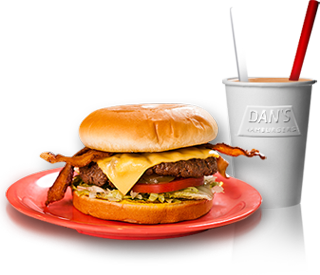 Thank you for visiting Dan's Hamburgers!

Our business hours are now:

We are striving to comply with all of the CDC requirements as well as the local health department guidelines.

We will wear mask and gloves and check temperatures of our employees as they arrive for work.

Our Dining room is now open at 50% capacity. We ask that you wear your mask upon entrance and until seated.

We have provided hand sanitizer at the main entrance of each location.

We are not able to have guests wait in the store to be seated. We will gladly take your name and have you remain in your car until called.

You may also continue to use the drive-thru for phone in orders, as well.

We will provide all condiments upon request and we ask that you ask for a new disposable cup for a drink refill.

Thank you for the opportunity to serve you during this difficult time. 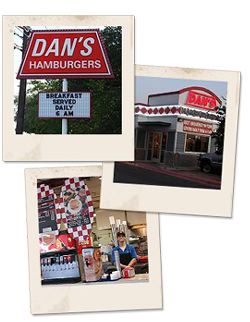 DAN'S has been an Austin tradition since 1973 and is still family owned and operated. Presently we have four convenient locations and plan to grow.

Now, since everyone has their own story of how DAN'S became DAN'S and FRAN'S let us set the record straight. 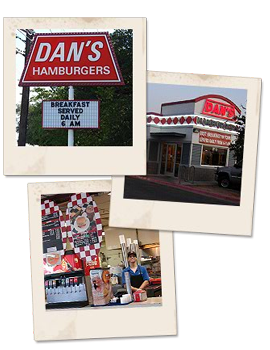 Well okay, let's keep your imagination roaming, your stories are far more interesting than the truth. DAN'S has continued to serve high quality food in a family atmosphere for many decades.

DAN'S motto has always been to consistently serve good food at a fair price, to treat our customers like family, give them their money's worth, and they'll be back. We've learned many lessons from listening to Dan and our customers. 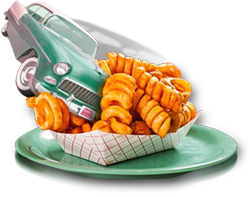 Dan Junk was the original founder of Dan's Hamburgers. Dan began his restaurant career in the early 1960s at a local hamburger chain named King Burger. As store manager for the chain, he developed and improved upon a made to order hamburger. With the help of his wife, Frances, they built a following of loyal customers.

Customers did not have far to go, two blocks down South Congress was a former Root Beer stand for lease. Thus, became the First of Five Dan's locations. The name Dan's originated after the cost of the sign was negotiated. It seems the name Junk 's was going to cost an additional $50.00, so Dan's it was. The building was kitchen and storage only with car hop service and a walk up window. Opening in January of 1973 with snow on the ground was reason enough to add on a dining room.

Dan's original menu had the bare Basics. A large and small burger, French Fries and soft drinks. The first summer brought hand dipped malts and shakes. Later in the year, a recipe for hand-breaded onion rings was purchased for $50.00.

In 1975 a second location was opened at South Lamar and Barton Skyway. This time with a very small dining room included. No where to go but up from here. In 1977, a third location on Airport Boulevard and Shady Lane was opened. Hamburgers didn't seem to be enough for the area so we added hand-breaded Chicken Fried Steaks, Grilled Ham and Cheese Sandwiches along with the ever popular BLT.

Still trying to establish a following in this area, Dan decided to add a full service breakfast to the menu. Yes, good old homemade biscuits and gravy, fresh eggs served with Texas Toast and hash browns. Omelets made to order with buttermilk pancakes rounded out the menu. Yes, it was easy to tell that Austinites loved a made to order breakfast as well.

In 1982, Dan had an idea to open a Barbecue location on Cameron Road. Good intentions but not the following we had with burgers. We gave it a run until 1985 and changed the menu back to what we knew best - burgers. Later the same year we lost our lease on the store at South Lamar and Barton Skyway. Dan bought a property around the corner at Ben White and Manchaca, which proved to be a great location.

Nothing lasts forever, in January 1990, Dan and Frances Junk were divorced. Thus the spin off Fran's Hamburgers. Fran kept the original location and the Cameron Road location. The remaining three stayed with Dan.

We lost our Founder and Father in June of 1998, but Mother is still with us. After Dan's passing, his daughter Katie Congdon became the owner of the three Dan's locations. In August of 2005 along with the help of her family including brother John Junk and sister Mary Bialaszewski, a fourth Dan's location was opened in Buda, Tx on Old San Antonio Road.

This was a family event, with all family members called to duty. No pay, just a good old-fashioned beating. Truly tremendous support from the Buda/Kyle area.

Over the years, we have added many more items to the menu. Staying true to form, we have maintained the consistently great ingredients and recipes that have long stood the test of time. We offer Certified Angus Ground Chuck on all our burgers. In-house prepared fresh vegetables on our burgers, hand-breaded onion rings and chicken fried steaks.

Is there an easier and cheaper way to make a burger? Sure, but not in Dan's book. Keep the menu simple and fresh and do what you do best. A Bigger menu isn't a Better Burger. 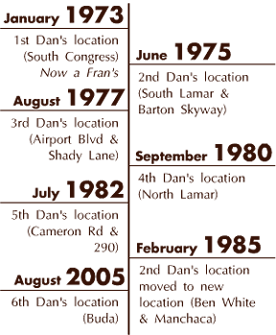 We hand-bread our onion rings and chicken fried steaks daily.

Our lettuce, tomatoes and onions are in-house prepared and not pre-packaged.

We grind whole coffee beans for every pot of coffee we serve.

Our breakfast sausage gravy is made from scratch using our sausage drippings roux.

Our biscuits are made from a buttermilk recipe each morning.

We make our own breakfast taco hot sauce and ranchero sauce from scratch.

No New York City brands here, get a rope.

Our eggs are farm fresh from Lockhart, Tx. "Congdon Farms"

We serve the best bacon available. Y'all can't go wrong with "Wrights"

We are a family oriented business. We have great employees that have grown with us. 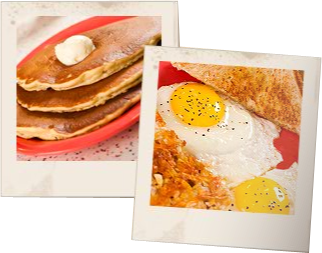 All hamburgers are served with mustard, lettuce, tomatoes, pickles and onions. However, substitutions are available. Add Hickory Sauce to any burger.

For your total taste satisfaction, we serve Certified Angus Beef® brand burgers. The tastiest, juiciest beef makes them the best-tasting burgers around!

*Consuming raw or undercooked meats, poultry or eggs may increase your risk of food borne illness, especially if you have certain medical conditions.

All food is cooked to order. Everything can be prepared for takeout.

All food is cooked to order. Everything can be prepared for takeout. 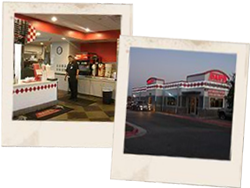 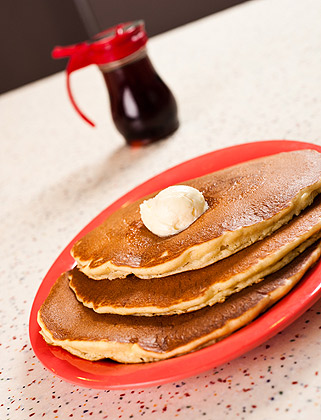 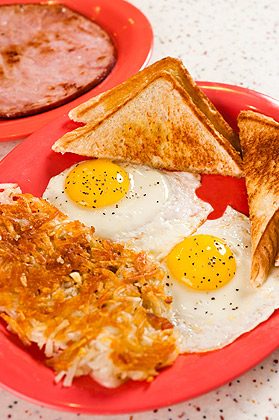 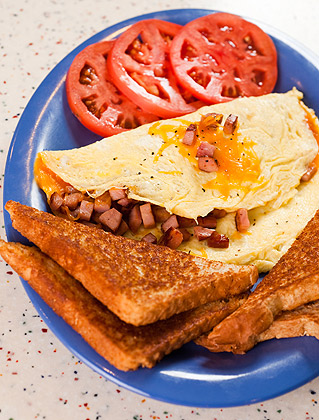 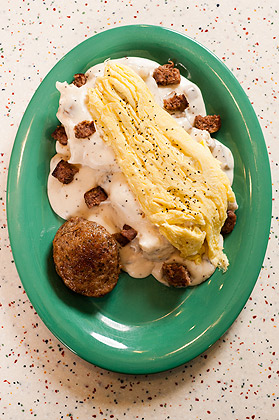 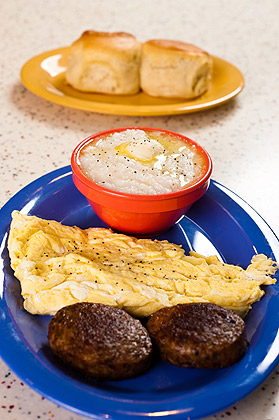 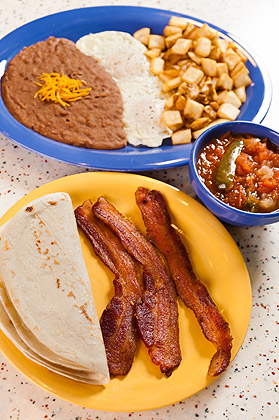 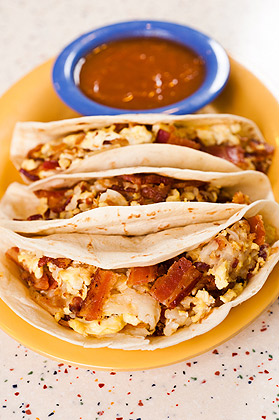 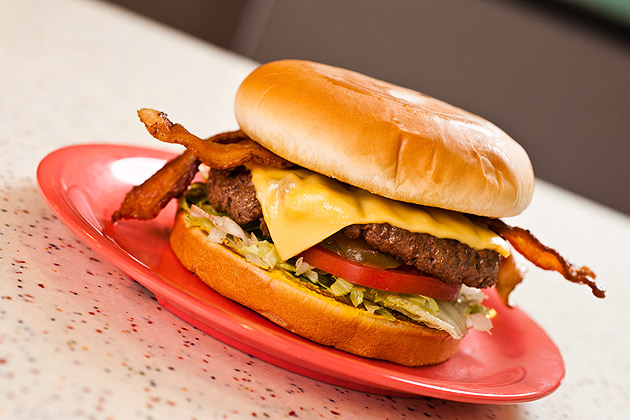 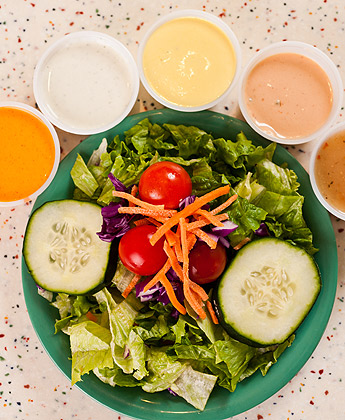 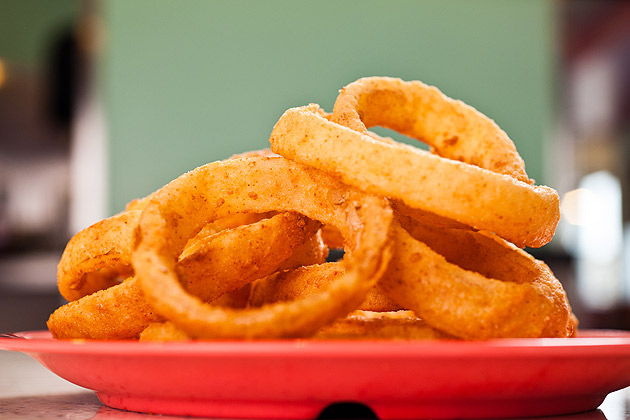 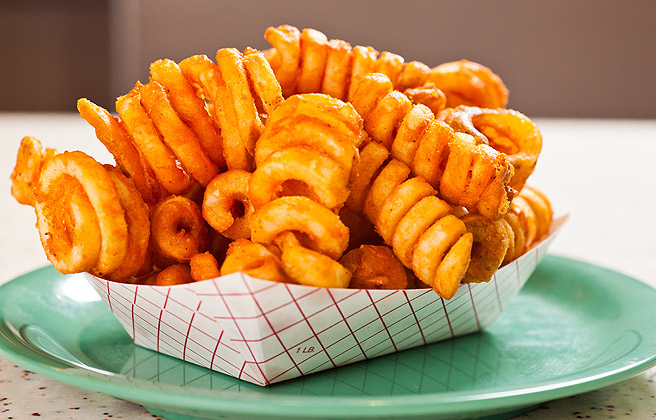 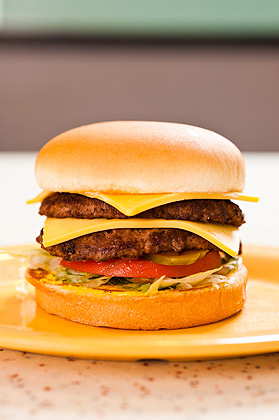 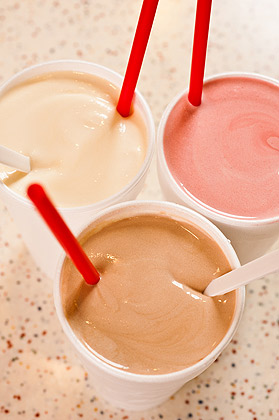